Portal 2 On The PS3: Valve Makes More Than Good On That Promise... 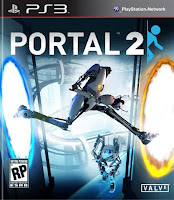 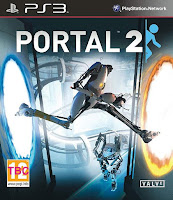 Well, Portal 2 on the PS3 has moved on up from last year's intriguing "Is it EVEN possible?" E3 announcement to a "Holy Cats... they actually went and did it!" must-buy experience. PS3, PC and Mac cross-platform gameplay as well as Steam functionality over PSN and a REALLY (really) cool freebie for truly dedicated players? Looks as if Sony's console gets the best version after all.
Er, now about Left 4 Dead & L4D2 on the console... (just nod if they're coming - I won't tell a soul)...

Press release below the jump (and no, there's no cake at the end for reading the entire post... well, not for YOU at least).

PORTAL 2 PLAYSTATION 3 STEAM FEATURES REVEALED
January 18, 2011 -- Valve, creators of best-selling game franchises (such as Half-Life and Counter-Strike) and leading technologies (such as Steam and Source), today announced the Steam features shipping with the PlayStation 3 (PS3) version of Portal 2.

Marking the debut of Steam functioning on any next generation console, the features shipping in the PS3 version of Portal 2 include cross platform play (PC/Mac vs. PS3) for multiplayer games, persistent cloud-based storage of PS3 saved games, and cross platform chat (PC/Mac and PS3).

In addition, those who purchase Portal 2 for the PlayStation 3 may unlock a Steam Play (PC & Mac) copy of Portal 2 at no additional cost by linking their PSN and Steam accounts.

"We made a promise to gamers at E3 that Portal 2 for the PlayStation 3 would be the best console version of the product," said Gabe Newell, co-founder and president of Valve. "Working together with Sony we have identified a set of features we believe are very compelling to gamers. We hope to expand upon the foundation being laid in Portal 2 with more Steam features and functionality in DLC and future content releases."

"We designed the Portal 2 PS3 experience to be very straightforward for gamers," said Josh Weier, project lead on Portal 2 at Valve. "PS3 gamers will be able to simply drop the Blu-Ray disc in the PS3, link to their Steam account from inside the game, and all their Steam friends (on PC and Mac) will be visible and accessible for chat and game invites."

These features are made possible through the use of Steam, Valve's platform for the delivery and management of games and digital content.

Check out the NEW DAF!

Because system bias makes you miss out on a whole lot of great games, that's why...

Promote Your Page Too

Buy Video Games for Consoles and PC - From Japan, Korea and other Regions at Play-Asia.com

Greg Wilcox
What the heck does one do with 37 years of gaming experience? Write about it, I guess...